If you are reading this, it shows that you could relate to this issue, or to the very least, have feared the thought of failure.

You are not alone. Everyone fails. It is simply the way of life.

Lately, there are lots of articles written and reports published on the subject of failure. In business.. in scientific research.. in parenthood.. in relationship.. in almost every aspect of life.

“So if failure is inevitable, how do you move beyond shame and blame — or avoid those sinkholes altogether? What is a realistic version of celebrating failure?” (Sarah Milstein)

In her article ‘how to fail when you’re used to winning’, Sarah Milstein articulated these worries on how to manage morale while we are pushing for innovation.

Personally, for someone who had failed countless times in my own walk of life, I now find it easier to embrace failure, to be ‘less scary’. But the fear is certainly still there. Now, I am also not suggesting that failure is pain-free. We are after all humans. We do get hurt, disheartened, frustrated, exhausted, and so on, when we experience failure.

However, in the context of experiential learning, it helps to approach failure like a scientist where we can conceive failure as information or data. In other words, we can unpack failure like an experiment and learn from it through the scientific method — formulating a hypothesis, testing it, measure it, learning from it, and further experimenting it.

When we are embracing failure like scientists do in their experiments, we have to be willing to be wrong, or to be willing to fail. It is when we can come to terms with that, I believe we can methodically learn to embrace failure positively because failure is simply part of life.

In the fields of entrepreneurship, engineering and science, failure is the process of development, especially in our quest for innovation. It is the very essence of learning.

Therefore, I am recommending you to read Susan Peppercorn's article, 'How to overcome your fear of failure', on facing failure in a methodical approach, and how to effectively confront our fears of failure.

As cheesy as this may sound, but it sure is a good reminder, ‘just as gold is refined by fire, success is refined through failure’.

(Two cents’ worth from Paul at Flipidea)

A client (who I’ll call “Alex”) asked me to help him prepare to interview for a CEO role with a start-up. It was the first time he had interviewed for the C-level, and when we met, he was visibly agitated. I asked what was wrong, and he explained that he felt “paralyzed” by his fear of failing at the high-stakes meeting.

Digging deeper, I discovered that Alex’s concern about the quality of his performance stemmed from a “setback” he had experienced and internalized while working at his previous company. As I listened to him describe the situation, it became clear that the failure was related to his company and outside industry factors, rather than to any misstep on his part. Despite that fact, Alex could not shake the perception that he himself had not succeeded, even though there was nothing he could have logically done to anticipate or change this outcome.

People are quick to blame themselves for failure, and companies hedge against it even if they pay lip service to the noble concept of trial and error. What can you do if you, like Alex, want to face your fear of screwing up and push beyond it to success? Here are four steps you can take:

Redefine failure. Behind many fears is worry about doing something wrong, looking foolish, or not meeting expectations — in other words, fear of failure. By framing a situation you are dreading differently before you attempt it, you may be able to avoid some stress and anxiety.

Let us go back to Alex as an example of how to execute this. As he thought about his interview, he realized that his initial bar for failing the task — “not being hired for the position” — was perhaps too high given that he had never been a CEO and had never previously tried for that top job. Even if his interview went flawlessly, other factors might influence the hiring committee’s decision — such as predetermined preferences on the part of board members.

In coaching Alex through this approach, I encouraged him to redefine how he would view his performance in the interview. Was there a way he might interpret it differently from the get-go and be more open to signs of success, even if they were small? Could he, for example, redefine failure as not being able to answer any of the questions posed or receiving specific negative feedback? Could he redefine success as being able to answer each question to the best of his ability and receiving no criticisms about how he interviewed?

As it turned out, Alex did advance to the second round and was complimented on his preparedness. Ultimately, he did not get the job. But because he had shifted his mindset and redefined what constituted failure and success, he was able to absorb the results of the experience more gracefully and with less angst than he had expected.

Set approach goals (not avoidance goals). Goals can be classified as approach goals or avoidance goals based on whether you are motivated by wanting to achieve a positive outcome or avoid an adverse one. Psychologists have found that creating approach goals, or positively reframing avoidance goals, is beneficial for well-being. When you are dreading a tough task and expect it to be difficult and unpleasant, you may unconsciously set goals around what you do not want to happen rather than what you do want.

Though nervous about the process, Alex’s desire to become a CEO was an approach goal because it focused on what he wanted to achieve in his career rather than what he hoped to avoid. Although he didn’t land the first CEO job he tried to get, he did not let that fact deter him from keeping that as his objective and getting back out there.

If Alex had instead become discouraged about the outcome of his first C-level interview and decided to actively avoid the pain of rejection by never vying for the top spot again, he would have shifted from approach to avoidance mode. While developing an avoidance goal is a common response to a perceived failure, it’s important to keep in mind the costs of doing so. Research has shown that employees who take on an avoidance focus become twice as mentally fatigued as their approach-focused colleagues.

Create a “fear list.” Author and investor Tim Ferriss recommends “fear-setting,” creating a checklist of what you are afraid to do and what you fear will happen if you do it. In his Ted Talk on the subject, he shares how doing this enabled him to tackle some of his hardest challenges, resulting in some of his biggest successes.

I asked Alex to make three lists: first, the worst-case scenarios if he bombed the interview; second, things he could do to prevent the failure; and third, in the event the flop occurred, what could he do to repair it. Next, I asked him to write down the benefits of the attempted effort and the cost of inaction. This exercise helped him realize that although he was anxious, walking away from the opportunity would be more harmful to his career in the long run.

Focus on learning. The chips are not always going to fall where you want them to — but if you understand that reality going in, you can be prepared to wring the most value out of the experience, no matter the outcome.

To return to Alex, he was able to recognize through the coaching process that being hyper-focused on his previous company’s flop — and overestimating his role in it — caused him to panic about the CEO interview. When he shifted gears to focus not on his potential for failure but on what he would learn from competing at a higher level than he had before, he stopped sweating that first attempt and was able to see it as a steppingstone on a longer journey to the CEO seat. With that mindset, he quickly pivoted away from his disappointment at not getting the offer to quickly planning for the next opportunity to interview for a similar role at another company.

Remember: it is when you feel comfortable that you should be fearful, because it is a sign that you are not stepping far enough out of your comfort zone to take steps that will help you rise and thrive. By rethinking your fears using the four steps above, you can come to see apprehension as a teacher and guide to help you achieve your most important goals.

This article has been recommended for our audience which was originally published by Susan Peppercorn at Harvard Business Review on 10 December 2018.

Susan Peppercorn is an executive career transition coach and speaker. She is the author of Ditch Your Inner Critic at Work: Evidence-Based Strategies to Thrive in Your Career. Numerous publications including the New York Times, Wall Street Journal, Fast Company, the Boston Globe, and SELF Magazine have tapped her for career advice. You can download her free Career Fit Self-Assessment and 25 Steps to a Successful Career Transition.

Disclaimer: Any information, data and content on our business intelligence platform, web applications or websites are for general information use only. The information and analyses presented on our web applications and websites do not constitute any legal, business, investment or tax advice. Even though certain information are cited from third-party sources while believed to be reliable, Flipidea has not independently verified such information and makes no representations about the accuracy of the information or its appropriateness for any given situation. References to any securities or charts or graphs and all materials provided in connection with Flipidea’s web applications or websites are provided strictly on “AS IS” basis, which should not be relied upon when making any investment decision. Any projections, estimates, forecasts, targets, recommendations, prospects, and/or opinions expressed in these materials are subject to change without notice and may differ or be contrary to opinions expressed by others.

Our proprietary data retrieval systems scan the Internet to monitor, gather and clean relevant, aggregated, and public information from news articles, websites, press releases, regulatory filings, and so on. Flipidea’s idea checker, tools, simulations, intelligence and algorithmic systems are powered by artificial intelligence and advanced analytics using our own proprietary data and synergised public data. Flipidea does not warrant the completeness or accuracy of data provided, so you would need to independently verify the information. Nevertheless, we encourage you to check the accuracy of our information before its use. We also gently advise that you obtain sufficient knowledge, market understanding, professional advice and experience to make your own evaluation of the merits and risks of any actions with the information. 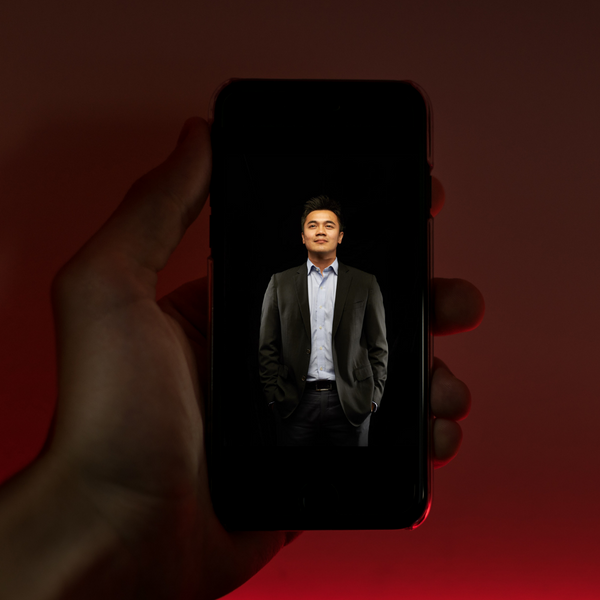 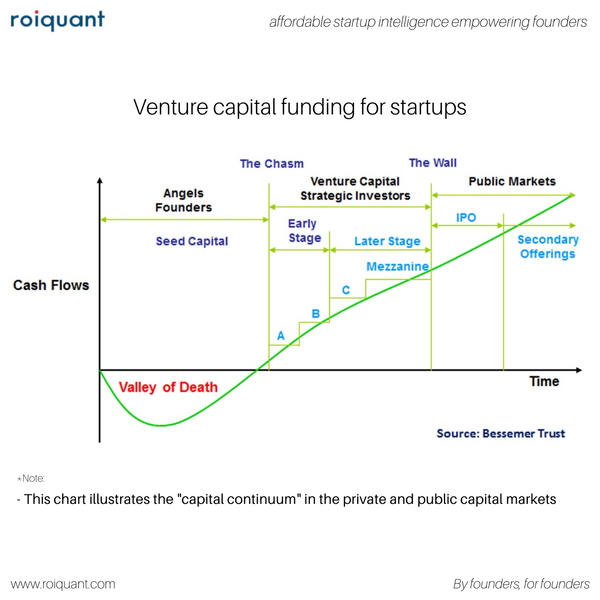